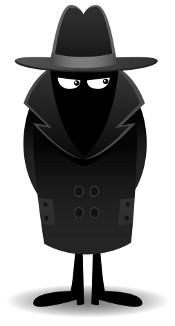 The global financial crisis has focused attention on the debts of countries such as Greece and the austerity measures that are causing enormous human suffering. Lost from the headlines, however, is the fact that developing countries were also hit hard by the financial crisis -exports have plummeted, migrant worker remittances have fallen, and external investments have declined. By the end of 2010, developing countries owed $4 trillion to lenders.

While many sub-Saharan countries had their debts reduced through the Heavily Indebted Poor Country Initiative (HIPC), other countries did not. Moreover, debt levels for countries that benefited from HIPC are now reaching levels similar to those in the past. In 2009, UNCTAD signaled alarm about the unsustainable debt burdens of 49 least developed countries. Fifteen developing countries are currently at risk of being unable to repay their debts.

When debt becomes unsustainable, developing countries have few options for debt relief. They can default and risk being blacklisted on international financial markets. They can attempt to re-negotiate with creditor forums such as the London or Paris Clubs. Or they can seek relief from multilateral initiatives such as HIPC. Both the latter options, however, are controlled by creditors who establish the rules and conditions of debt resolution.

There is increasing recognition of the need for new debt work-out procedures that balance the rights and obligations of lenders, investors and borrowers, as well as protect the rights and welfare of citizens. Over the years a number of proposals have been brought forward but there has been little progress. UN Independent Expert Cephas Lumina recently released Guiding Principles on Foreign Debt and Human Rights to address the impact of debt on human rights. All of these issues require urgent international attention.

The term “odious debt” was coined in 1927 by the Russian jurist Alexander Nahum Sack. Odious debts are defined by three conditions. First, the debts are incurred without public consent, typically by undemocratic regimes. Secondly, borrowed funds are used for private rather than public benefit. Thirdly, creditors are aware, or should be aware, of the first two conditions.

The principle of odious or illegitimate debt has been legally recognized in both the U.K. and the U.S. In 1923, U.S. Supreme Court Justice Taft adjudicated a dispute between the Royal Bank of Canada and the Government of Costa Rica. The bank lent funds to Costa Rican dictator Frederico Tinoco shortly before his regime collapsed. The loan was used for Tinoco’s personal support in exile. The bank’s position was that the new government was legally bound to honour the debt. Taft ruled in favour of the Costa Rican government, placing the burden of proof on the bank to demonstrate that the funds were used for legitimate purposes. The bank, he said, knew that the loan was for the personal use of the dictator.

There are many examples of odious debts incurred by despotic regimes. In Africa’s Odious Debts, Ndikumana and Boyce report that over half the money borrowed by sub-Saharan African governments between 1970 and 2008 departed the continent the same year it arrived, a large portion ending up in private accounts at the same banks that provided the loans in the first place.

The impunity associated with illegitimate debt persists because there is no impartial international mechanism to adjudicate cases. Over the years a number of proposals have been made to deal with odious debt as well as unsustainable debt levels. One suggestion was the development of the international equivalent to Chapter 9 of the U.S. Bankruptcy Code. Another idea was to create a Sovereign Debt Arbitration Tribunal under the aegis of the United Nations. Another proposition was the development of a Sovereign Debt Tribunal empowered to examine cases of unsustainable debt, as well as the legitimacy of individual creditor claims. None of these proposals has ever been implemented.

All of these ideas have merit and should be seriously examined. The Norwegian Parliament has made a commitment to “work for mechanisms to abolish international debts and deal with illegitimate debts [and] a binding international set of regulations for responsible lending.” Both the Dutch and German governments have also endorsed a new approach to sovereign debt work-out procedures. Our colleagues at Eurodad have proposed a set of principles to guide the development of an international debt work-out scheme (see JUST THE FACTS).

Risk of defaulting on debts:

Export credit agencies (ECAs) are public institutions in developed and emerging economies that promote domestic commercial interests. ECAs provide credit and credit guarantees to developing country governments to facilitate the purchase of goods and services from ECA countries. Often, when a developing country defaults on an ECA credit, the government that operates the ECA will repay the debt and then reduce its aid budget to the defaulting government by a corresponding amount. This use of aid funds, which are intended to promote development, to cancel commercial debt is highly inappropriate. Recent research by Eurodad analyzed the developing country debt held by four European countries. The analysis found that almost 80% of the debt came from export credits rather than development loans. The report also found that 85% of bilateral debt that was cancelled between 2005 and 2009 by five European countries was generated through export credit guarantees.

A July 2012 research report estimates that as much as $21 to $32 trillion of private financial wealth is held offshore, more than the annual economic outputs of the U.S. and Japan combined. These offshore assets belonging to the elite are substantially larger than the net external debt of a sub-group of 139 countries, including all major developing countries. While the assets are held by a small number of wealthy individuals, the debts are shouldered by the ordinary people of these countries. These figures raise serious questions regarding the accuracy of current estimates concerning inequality and national income. The report’s author notes that “in terms of tackling poverty, it is hard to imagine a more pressing global issue to address.”

Eurodad has presented a list of ten principles that should be applied in a new approach to equitable debt work-out procedures. This year, Eurodad and other international groups are mounting an international campaign to promote the adoption of a debt work-out model based on these principles.

1. Creation of a body independent of creditors: A new sovereign debt work-out procedure must be independent of any creditor institution or body in order to secure a level playing- field and to gain international support.

2. Independence of arbitrators: Decision-makers should be neutral, impartial and independent from all parties involved.

4. Mandated to deal with generalized sovereign debt repayment problems: Independent arbitrators will decide on the validity of claims. Legitimate creditors’ claims will then be dealt with in one comprehensive process and all creditors will be treated equally and fairly.

5. The process may be initiated by borrower or lender and the institution of ‘automatic stay’ will apply: There will be a standstill on all external debt repayments in cases of sovereign debt default or on the individual (il)legitimate loan under dispute while the case is heard.

6. Assessment of the indebted country’s economic situation by a neutral body: In cases of sovereign debt default, a debt sustainability analysis should be carried out by an independent body, such as a United Nations agency. The analysis should guide arbitrators’ decisions on the extent to which legitimate creditors should be re-paid.

7. Protection of the basic obligations of the state to meet the essential needs and services of its citizens: The state must be assured of the resources it needs to carry out its basic duty of care for its citizens.

8. Transparency: Sovereign debt negotiations must be public, and the results and agreements must be made public.

9. Participation: The procedure must be participatory and all stakeholders have the right to be heard. This includes borrowers, lenders and individuals/organizations representing citizens in the debtor nation affected by decisions taken by the arbitration panel. As a rule, proceedings should take place in the debtor country’s capital.

10. Enforceability: All parties must respect the decision of the independent arbitrators. An international treaty establishing a sovereign debt work-out mechanism ratified by most nations would be extremely helpful, although is not a prerequisite for progress in this area.